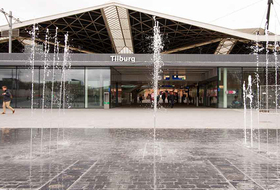 Tilburg is one of the oldest cities in the Netherlands, in the province of North Brabant. Finding a parking space in Tilburg is easy with Onepark .

Tilburg is a city in the south of the Netherlands. The city has approximately 214,000 inhabitants and is one of the largest in the province of North Brabant. Tilburg is a student city. It is also the geographical center of the Benelux.

A short history of Tilburg

Tilburg is one of the oldest cities in the Netherlands, dating from 709. Tilburg is known as a university city and the wool capital of the Netherlands. Tilburg and Southeast Brabant quickly grew from a mainly agricultural region to a strong industrial region, where technology was central. In the 19th century Tilburg became a true Catholic stronghold, witnessed by the large number of monasteries and churches that can still be found in the city.

Tilburg, wool capital of the Netherlands

Tilburg , the sixth largest city in the Netherlands, is a real transport hub with connections to all major and minor cities in the Netherlands. There are three train stations, Centraal, Universiteit and Tilburg Reeshof. Tilburg is also home to the insurance companies Interpolis and CZ. It was also known for its wool industry. The Westpoint Tower in the center is the highest residential home in the Netherlands. Tilburg is known to most people for its amusement park "De Efteling". The demand for parking is high in Tilburg , something that the city is constantly struggling with.

You can easily park in Tilburg with Onepark.

Onepark offers a range of options in Tilburg . The demand for Onepark parking spaces in Tilburg is increasing. Be part of the revolution and reserve your parking space through our website. Stop wasting your time with hours of searching for a place, and save up to 60% with Onepark .