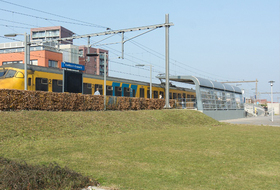 Apeldoorn is a city in the Dutch province of Gelderland and is located about 60 km from Amsterdam. Finding a parking space in Apeldoorn is easy with Onepark .

Apeldoorn is in the middle of the Netherlands and with its 141,000 inhabitants it is the fifth largest municipality in the Netherlands. The city is known for its beautiful city parks. Apeldoorn developed into one of the larger cities of the country in the 20th century.

A short history of Apeldoorn

The history of Apeldoorn goes back as far as 792. Apeldoorn was at the junction of the route from Amersfoort to Deventer and the road from Arnhem to Zwolle. Apeldoorn was home to the oldest Jewish community in the Netherlands. It was best known for his name after the noble Apeldoorn family in Gelderland. Apeldoorn offers visitors a beautiful view of the Middle Ages with its castles and museums.

Apeldoorn, a city of beauty and history

Apeldoorn is accessible by motorway via the A1 and A50 and has three railway stations and 18 bus lines. Characteristic is the Apeldoorn house structure, with many monumental houses and few high-rise buildings. The city was spared from devastation during WW2. Northeast of the city lies Teuge International Airport, which opened in 1935. Apeldoorn is also home to the tax authorities and HANOS, an international catering wholesaler. Apeldoorn has a varied range of shops, including the covered Oranjerie shopping center. The demand for parking in Apeldoorn is large, something that the city is constantly struggling with.

Do you want easy parking in Apeldoorn? Onepark is the solution for you.

Onepark offers various options in Apeldoorn . Onepark parking spaces in Apeldoorn are becoming more popular. Be part of the revolution and reserve your parking space in Apeldoorn within a few clicks via our website. Save up to 60% with Onepark and you can also cancel free of charge.