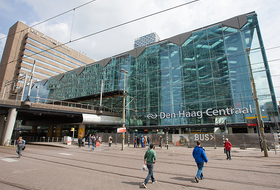 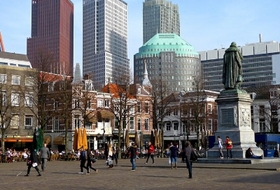 Center of The Haye

Although Amsterdam is the capital of the Netherlands, The Hague is the seat of the government, making it one of the country’s most important cities. Find all the best deals on parking in The Hague with OnePark.

A brief history of The Hague

There have been government ties in The Hague since the 1200s. It was the administrative centre of the counts of Holland and became their primary residence in 1358. Unlike several other cities, it was never granted city rights, although it did receive many of the many benefits. It wasn’t until 1806 that Louis Bonaparte granted these rights. After the separation of Belgium from the Netherlands, The Hague expanded to accommodate the many civil servants now working for the government.

Bursting with beautiful, traditional architecture and an abundance of museums housing some of the world’s most famous paintings such as Johannes Vermeer’s ‘The Girl with the Pearl Earring’ and Carel Fabritius’s ‘Goldfinch’, The Hague is a wonderful city to explore. Or see it from a whole new viewpoint by visiting the Madurodam park with its scale model of the city! Parking in The Hague is limited but you can either park on the street or in one of the multi-storey or underground car parks. Park + Ride facilities are also available outside of the city centre.

Cheap parking in The Hague

OnePark will help find you all the best deals and cheap parking in and around The Hague. You’ll save time thanks to our online booking process that’s mercifully simple and you could save up to 60% on parking fees. The stress and hassle of finding city parking will be a thing of the past.