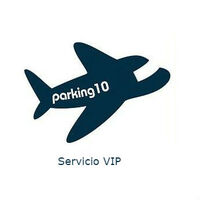 Alicante-Elche Airport serves Spain's Region of Murcia and the Valencian Community, right along the Mediterranean Sea. Because of the airport's tourist-centric location, about 80% of the traffic passing through its gates is international, with the majority coming from the UK, Sweden, the Netherlands, and Germany.

A brief history of Alicante-Elche Airport

Alicante-Elche Airport originally opened in 1967, replacing a smaller airport built in the 1930s. The new airport grew quickly, leading to a new terminal being constructed in the 1970s and a runway expansion in the 1980s. Renovations came in the 1990s, with air bridges and office buildings being added to the site. By 2011, a brand-new terminal had opened, expanding the airport's capacity to 20 million people per year.

The terminal at Alicante-Elche Airport

At present time, only one terminal at Alicante-Elche Airport is in use, although two older terminals are still standing and could be used in the future. The current terminal called Terminal N, is 333,500 square metres in size, and has 40 gates, 96 check-in desks, and 16 baggage claims. Non-Schengen flights leave from the B Gates, while Schengen flights depart from both B and C. Public transportation is available through numerous bus services, and you can drive on road N-338, but make sure you line up Alicante-Elche Airport parking first because it can be a hassle.