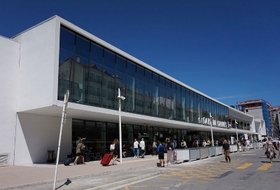 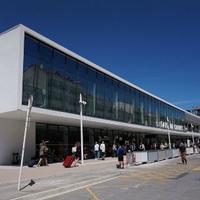 Are you going on holiday in the south of France? Do not forget to visit Cannes, world famous for its Film Festival. Onepark offers you to reserve your parking space in order to enjoy the tranquility of this city.

Cannes is located in the south of France. It is part of the Alpes-Maritimes department, in the PACA region. Cannes is 24 km from Nice and 38 km from Monaco.

The history of Cannes is closely linked to those of the Lérins Islands. This former fishing village and monks witnessed the Franco-British and Franco-Spanish battles for the conquest of the islands of Sainte-Marguerite and Saint-Honorat. According to legend, the man with the iron mask was imprisoned in the fort of Sainte-Marguerite Island. According to Voltaire, it would be the twin brother of Louis XIV. Cannes developed in the 19th century with the arrival of Lord Henri Brougham and Vaux who decided to build a second home. English and European aristocrats followed his example and built residences to keep the winter warm. On February 20, 1915, Cannes was classified as a climatic health resort.

The specificities of Cannes

Cannes owes its fame to the skewer of stars who scrolls on the Croisette during the Film Festival. It also has beautiful beaches, museums and remarkable historical monuments.

To avoid parking problems in Cannes , trust Onepark. You have the choice between a multitude of offers. The means of payment put in place guarantee the security of transactions.

Go quietly to discover Cannes by reserving your parking space on the Onepark service website or via the smartphone app.